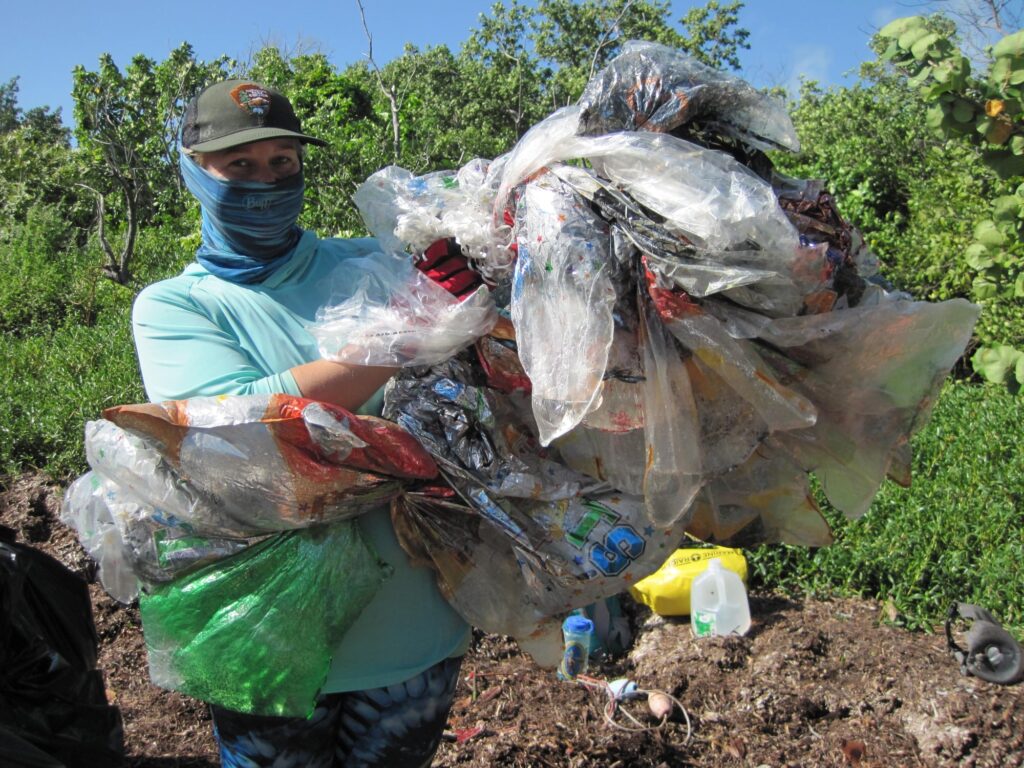 Biscayne National Park removed 30,881 pounds of debris from its beaches and shorelines this season, breaking its previous record, which was achieved in 2019 with 29,477 pounds of trash removed – a more than 1,400-pound difference!

In preparation for the incoming sea turtle nesting season each year, Biscayne National Park dedicates significant resources between December 1 – April 30 to making sure its shorelines are as safe and clean as possible for sea turtle mamas and their future hatchlings.

This national park is 95% marine and its beach clean-ups differ from most others in the area in that most days of service take place in the backcountry of the park – the remote keys that are only accessible by boat. Almost each weekday during the season, volunteers are transported by National Park Service rangers to these islands, where they spend the morning collecting as many manmade items that have washed ashore as possible, float the bags of trash back to the boat, and are then whisked back to the mainland to properly dispose of what was removed.

While most debris collected is single use plastics – or remnants of single use plastics – larger items definitely find their way to shore. And some items like mylar balloons and trap throats have become so prevalent in recent years that the national park team has begun tracking the numbers on them specifically.

This season’s beach clean-ups at Biscayne National Park in numbers:

The fact this amount of debris is being removed is both a good thing and a bad thing. Good, in that the work is being diligently done to remove as much trash as possible from the park. Bad, in that there’s still trash to collect at all. Ideally, less trash would be created and all trash would be disposed of properly – it would not be finding its way into Florida’s waterways and onto its beaches.

The Alliance for Florida’s National Parks has provided funding for the different iterations of this program for nearly a decade. Because we know that removing this trash from shorelines and waterways is essential for the health of Florida’s plant life, wildlife, and our communities that are dependent upon these resources.

You can support this program by volunteering or by making a donation today!

We’ve Partnered with Krispy Kreme for National Doughnut Day
Balloons in Biscayne Bay: The Alliance In the News