Want to Visit the Everglades?
Our national parks have many recreational activities and opportunities just waiting for you. Check nps.gov for the latest information on its current offerings!
Plan Your Visit

The third-largest national park unit in the contiguous United States, fortifying the future of the Everglades is a sizeable task – and it’s one we are determined to succeed at.

Everglades National Park is recognized throughout our country and beyond for its extensive wetlands and bountiful estuaries – and the menagerie of eclectic wildlife that comes along with them. More than 30 animals on the endangered or threatened list call the Everglades home with the Florida panther; West Indian manatee; small and largetooth sawfish; and Loggerhead sea turtles among them. The Everglades is also the only place in the world where both alligators and crocodiles coexist.

The historic hydrology of the Everglades has been disrupted by water control projects, agricultural use and urban development. Water that once slowly flowed across this land is now quickly diverted, impacting natural habitats including the region’s sensitive estuaries. But the great thing about history is that you can learn from it, and projects are currently underway to address those disruptions.

But the wonders of the Everglades never cease, even as the landscape continues to subtly evolve. Manatees and crocodiles can both be spotted amongst the mangroves on just one kayak trip. The full moon rises in astonishing brightness and unbelievable proportions to the sawgrass prairie below it. Anywhere within the wetlands can be a walkway for those that dare to get a little damp. Campsites can be accessed through the traditional means of car and camper, but there are special sites hidden down the waterways where only canoes and kayaks can go. A visitor can get as lost or as found in their thoughts as they’d like.

Its location on the southern tip of Florida puts Everglades National Park in an incredibly unique and delicate position to be impacted by hurricanes and other storm systems taking place in both the Atlantic Ocean or in the Gulf of Mexico. Flamingo, the southernmost area of the park, is still recovering from the damage it suffered during previous hurricanes.

A generational gem, Flamingo had become a favored destination amongst Florida families over the decades, but the ravaging winds and water of past storms have left many of the area’s buildings in need of repair – and has left many families longing for their former Flamingo traditions. That’s why we committed to helping build back Flamingo better than ever with Flamingo Forever! [add hyperlink to FF], our largest fundraising endeavor to date.

Everglades National Park is faced with challenges from every side, but we are on a quest to conquer these challenges and we invite you to join us. Continue below to view the latest projects we’re supporting in the Everglades.

Soon to celebrate its 50th anniversary, the youth education program of the Everglades is a trendsetter in its space.

Park Rangers are hiking, slogging, and wildlife-watching live on camera, bringing curriculum-based programs into classrooms around the world. What traditionally serves around 16,000 students throughout South Florida went 100% virtual in 2020, more than doubling its reach in the 2020-2021 school year to an anticipated estimate of 40,000 students. Through this pivot, the Everglades is now able to offer its lessons beyond the 4th through 6th graders that it usually serves to 2nd graders all the way through high school.

Teachers across the world can sign up for this free program and allow their students to interact with Park Rangers in real-time.

Everglades National Park is recognized globally as a prized outdoor laboratory that provides real-world experience on biology, ecology, and conservation.

Thanks to the generous support of The Alliance, the Park has successfully launched the BioCorps Program and, since its inception in 2013, over 50 BioCorps interns have helped support the Park’s natural resources program while advancing their careers. Working with resource professionals across various disciplines, they develop field skills and techniques in a real-world setting that helps prepare them for careers in natural resources.

Several former interns joined the Everglades and Biscayne workforce following their internships – and many more went on to graduate school or to work for natural resources agencies across the country. The program has contributed greatly to meeting the long-term needs of the Everglades on a variety of emerging issues.

Everglades National Park is working to transition how they evaluate fishery status to a comprehensive, science-based Fisheries Independent Monitoring (FIM) program in partnership with the State of Florida.

This program will assess both finfish and commercially important invertebrates (crabs, shrimp, etc.) using multiple sampling gear types across the marine waters of the Everglades.

This will improve the park’s ability to determine the status of fishery resources within the park, evaluate how the Park’s waters compare with other major estuaries around the state and ensure that fishing in the park is continued in a sustainable manner.

Sponge populations are a huge indicator of just how healthy our waterscapes are. A substantial presence of large-bodied sponges has been shown to be important to a healthy community of spiny lobster, shrimp and fish.

Through this project, a survey will be conducted to determine the distribution and density of the predominant large-bodied sponges historically present in Florida Bay.

A study like this includes several key elements, including using data from the last survey conducted in the 1990s and collecting data from these previously sampled locations and utilizing in-water divers.

Results from this study will inform park management of the health of the benthic sponge community and determine if restoration efforts are necessary.

This mandatory Boater Education Program for Florida Bay and the park’s marine waters is based on the strong public concern for the protection of marine resources and the quality of visitor experiences in the Park’s marine areas.

The Boater Education Program includes the increased presence of on-the-water Park rangers; improved navigation markers and technology; and shallow-water zoning increases protection of over 530,000 acres of the Park’s natural resources to preserve the submerged designated wilderness and improve visitor experiences.

In 2019, the Everglades launched the free Everglades Boater Education Course to orient and educate boaters to the unique features of the Park’s marine waters. Since then, approximately 10,000 individual boaters have completed the course.

Designed to be a healthy activity for both beginners and experienced paddlers, Flamingo’s history, cultures and ecologies will come alive for visitors while plying the shore waters of Florida Bay.

Through waterborne recreational interpretation, groups of up to 12 paddlers will actively engage with two members of park staff during each of the free, 90-minute opportunities in a realm beyond Everglades’ roads and land-based trails.

Healthy, free waterborne recreational interpretation and education of marine and terrestrial resources will help the community gain a fuller understanding of the importance of conservation for Florida Bay and the Everglades.

Camp one, camp all!

The Nature Play Camp Program is offered in collaboration between the Everglades National Park and Zoo Miami to introduce local families to camping experiences in the Everglades.

Nature Play seeks out families with children ages 5 – 18 who have never visited the Park and provides them with specialized ranger-led programs, and the supplies needed to camp out in the Everglades.

Nature Play helps new and diverse audiences from our local community to overcome any potential fear of the outdoors, while creating stewards for our public lands.

Families will engage in activities like a walk along the Anhinga Trail, a canoe trip, a Slough Slog and a traditional campfire program.

An estimated 5,000 species of fungi occur in the Everglades, and probably at least 80% of these have yet to be discovered. Recent surveys have found that the majority of fungi in the Everglades are either undescribed, unidentified or never before reported for the country or state of Florida.

This project will allow local students to inventory and identify species found in Everglades National Park through the use of DNA barcodes. DNA barcoding is a powerful way to catalog biodiversity and is perfect for citizen science because it involves a fairly simple process.

With some technical guidance, students can collect samples such as mushrooms, extract DNA, make many copies of a specific section of DNA that can identify the species, and then edit the DNA sequences for final identification. The process turns students into researchers.

Students from the greater Miami area will collect fungi in the park. Any novel barcodes will be published on a database called Genbank, with the students as authors, for use by other researchers across the world.

This pilot project could establish DNA barcoding as a regular way that students contribute to inventorying species found in Everglades National Park and will foster local stewardship for the park.

The dark skies of South Florida attract stargazers from around the world.

The Gulf Coast district of Everglades National Park hosted two pilot Dark Skies Programs in the Winter 2019 season with a telescope and night sky binoculars borrowed from a neighboring district.

With the support of The Alliance and our allies, the Everglades team will be able to purchase its own telescope and filters for astronomical exploration for many years to come. 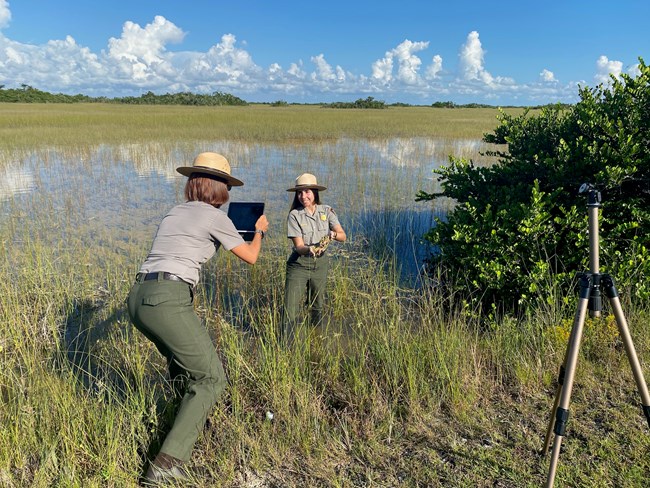 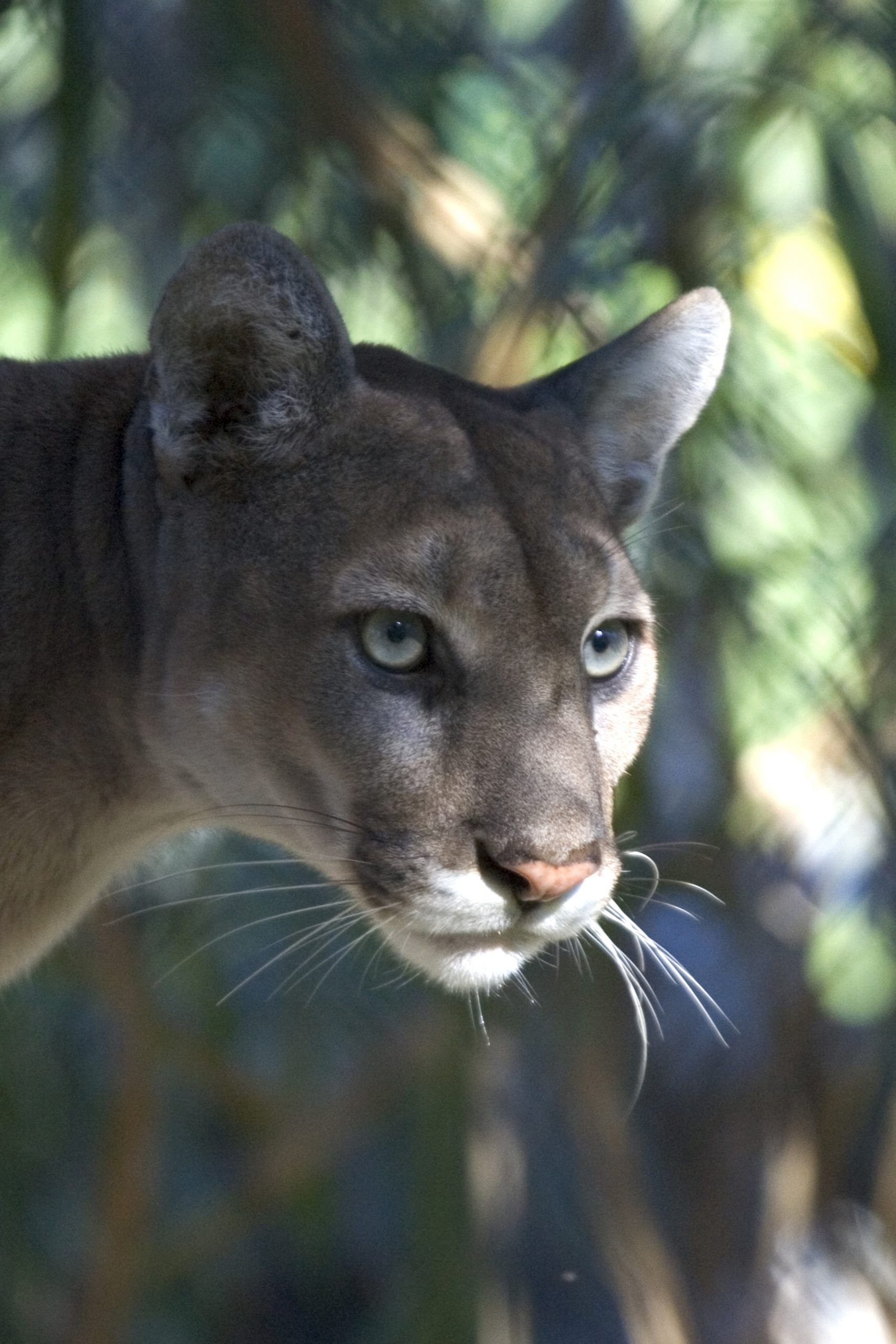 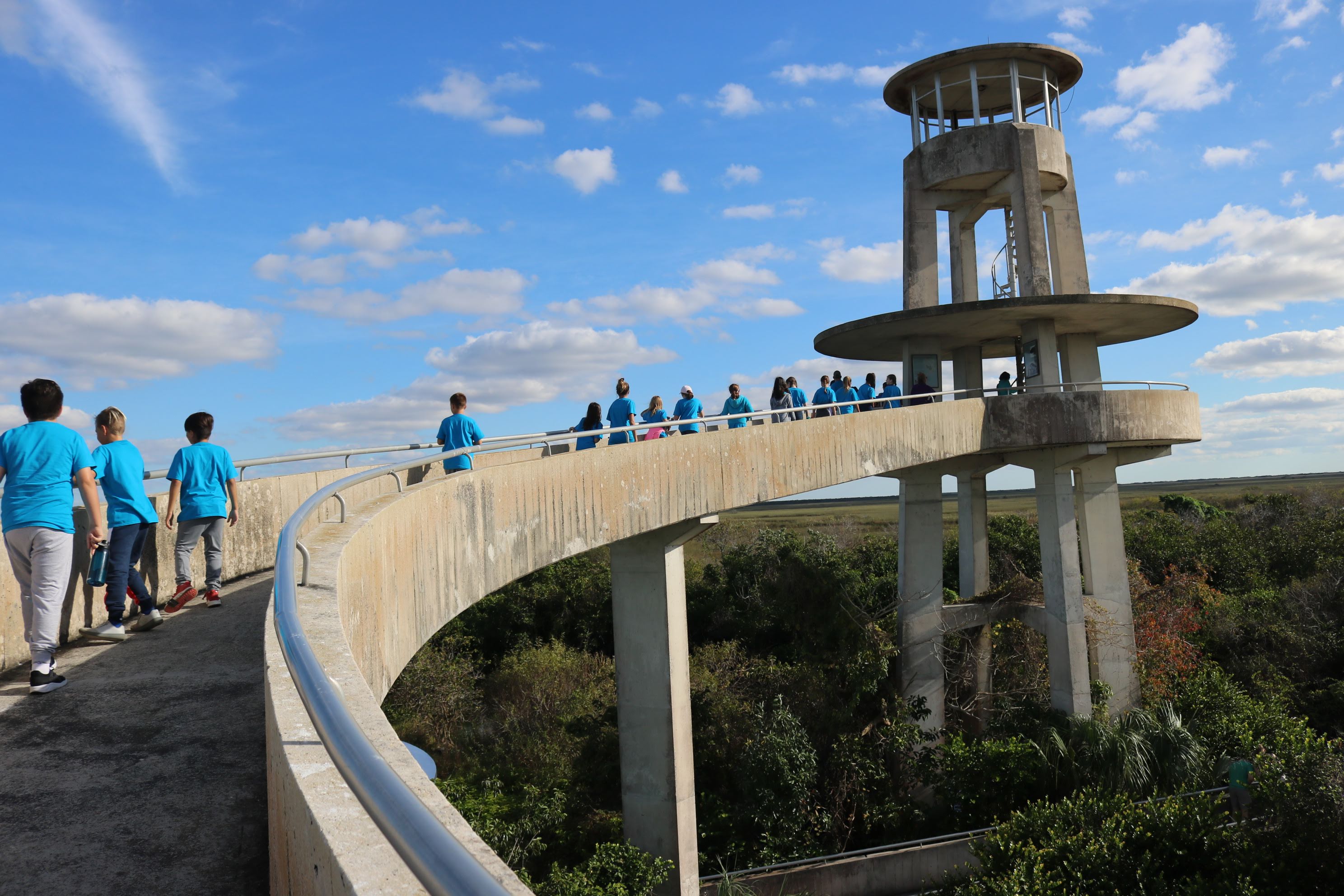 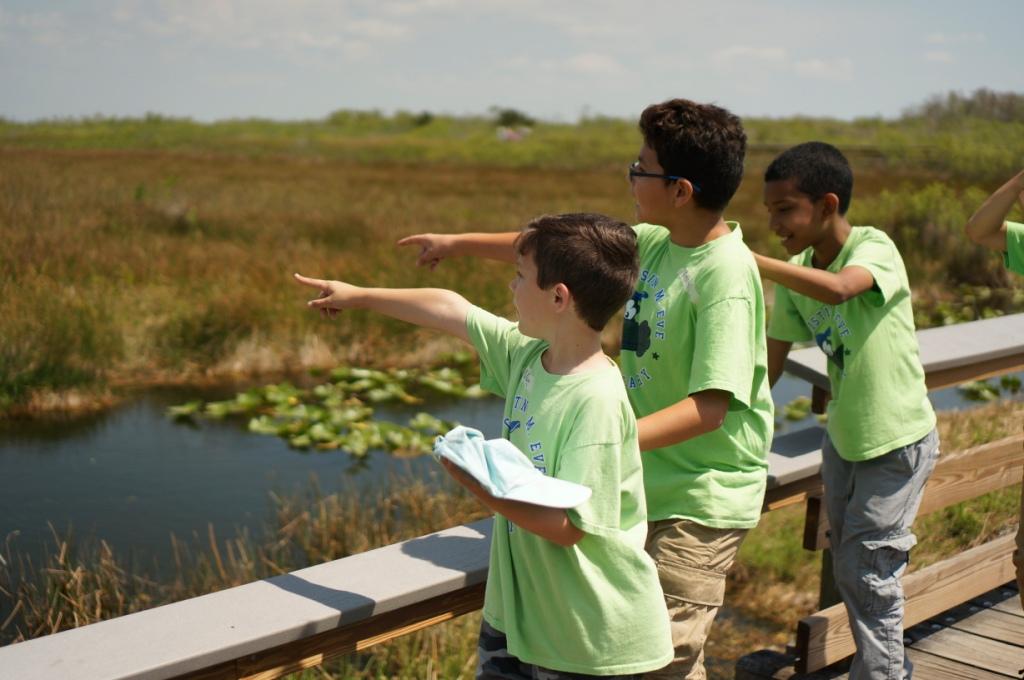 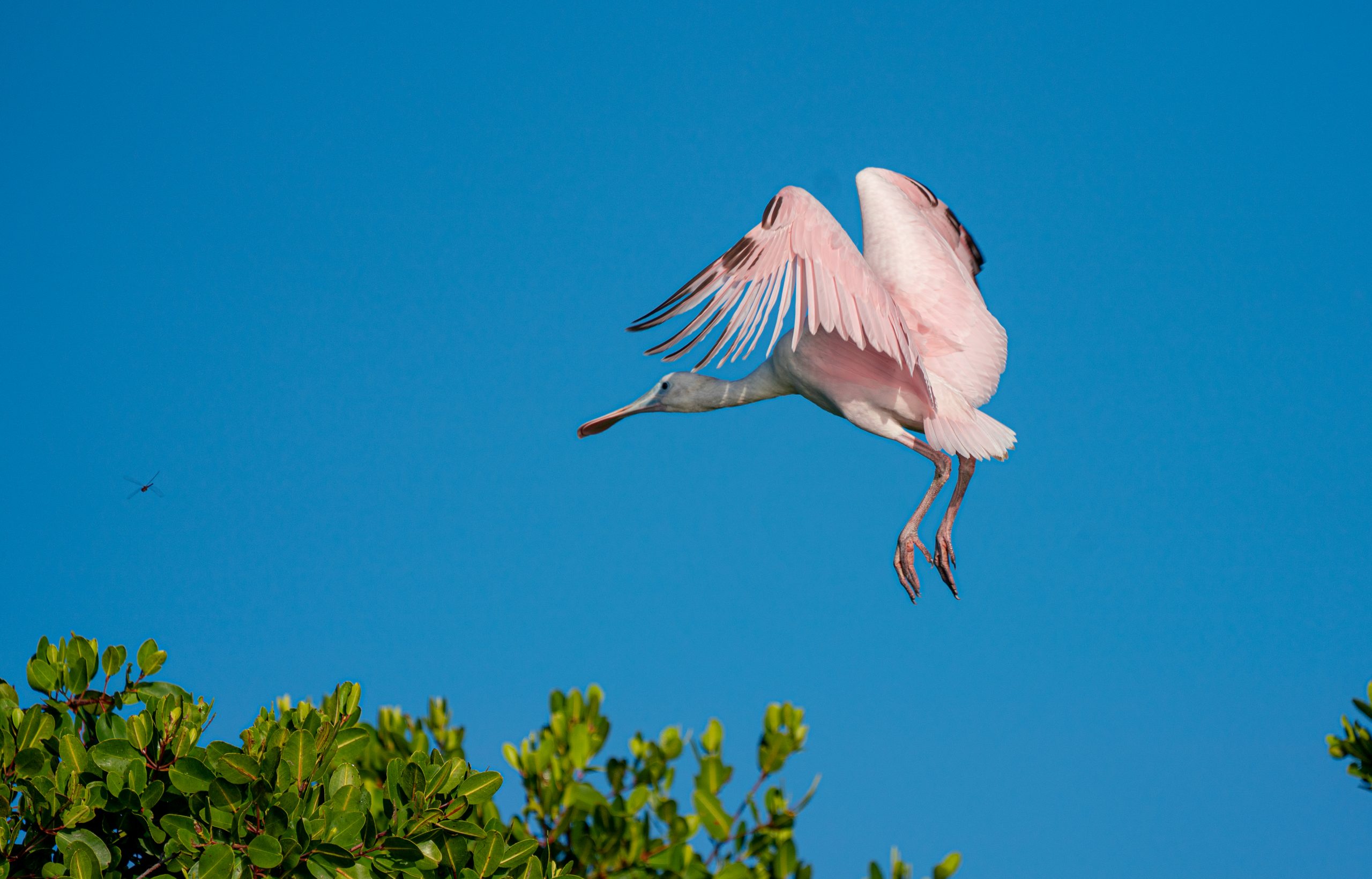 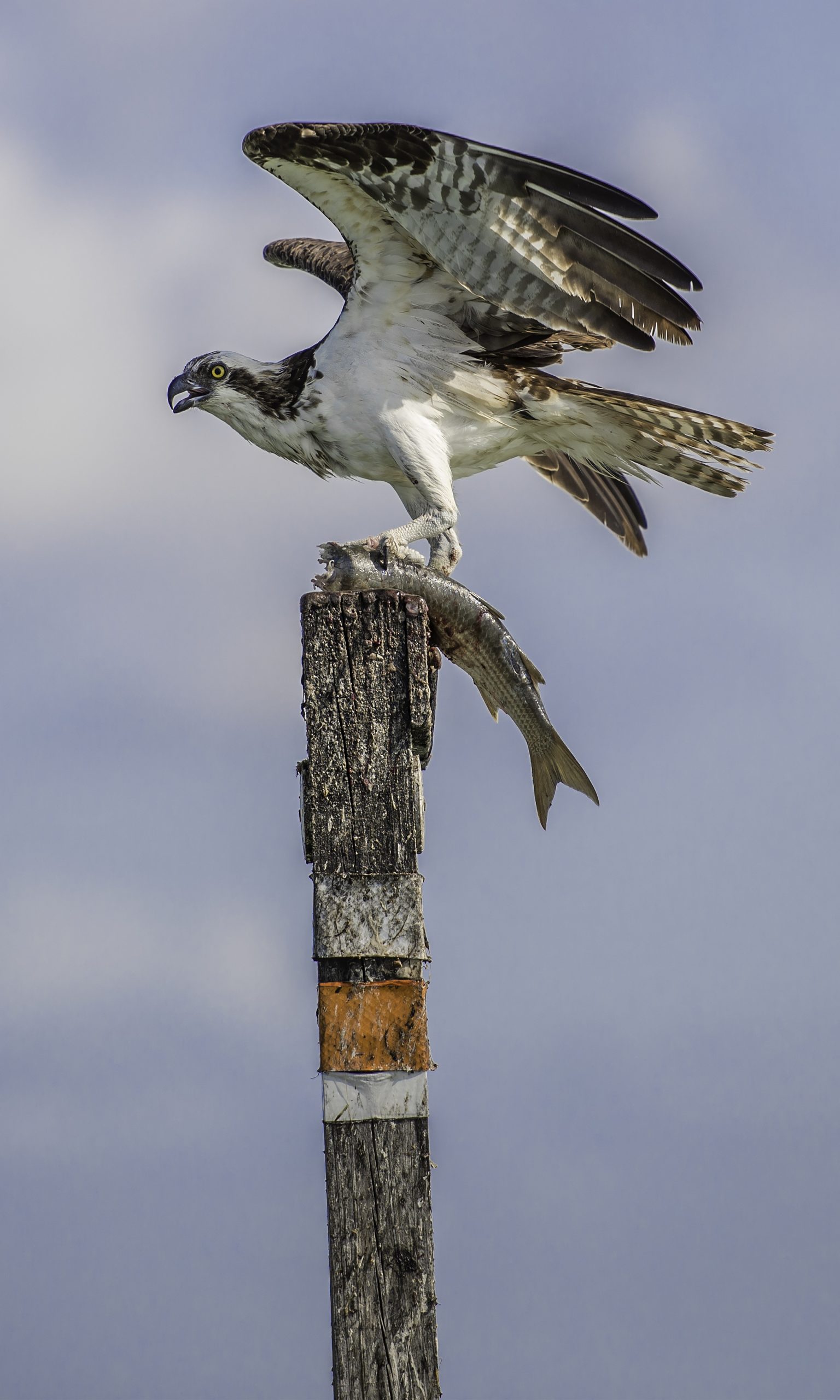 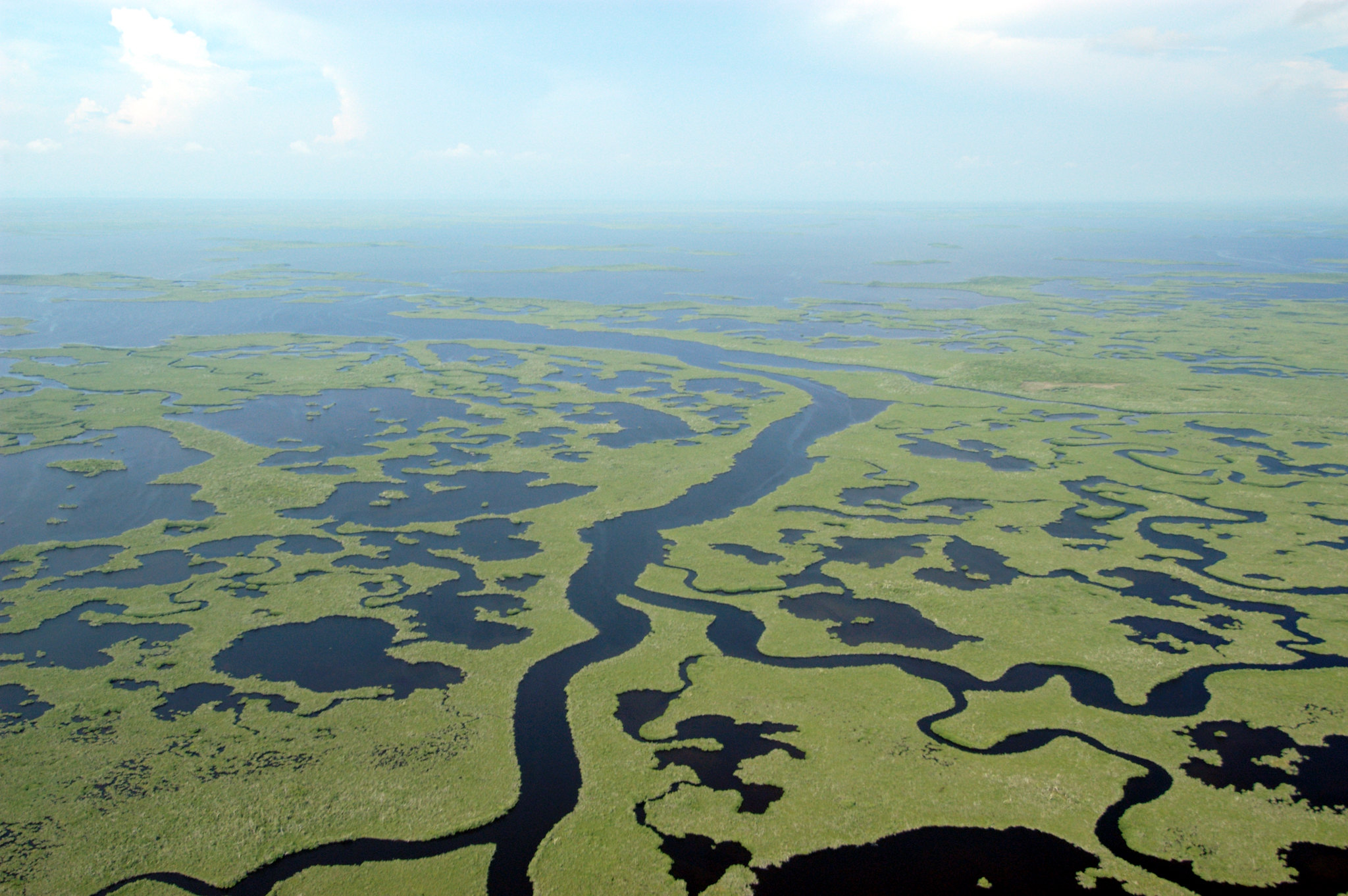