Want to Visit Biscayne?
Our national parks have many recreational activities and opportunities just waiting for you. Check nps.gov for the latest information on its current offerings!
Plan Your Visit

Biscayne National Park is 95% underwater and 100% worth preserving, protecting and restoring.

When people envision Florida’s coasts, the gentle waves lapping at the soft sand under a bright sun generally come to mind, but the greatest things our waters have to offer are actually found under the surface.

Covering close to 173,000 acres, four distinct ecosystems melt into one another creating rich edge communities or “ecotones.” These edges support an incredible array of wildlife, including hundreds of species of colorful fish, plants found nowhere else in the United States and visitor favorites like pelicans, manatees and sea turtles.

The park is home to an incredible diversity of animals and plants including over 600 native fish, neo-tropical water birds and migratory habitat, as well as 20 threatened and endangered species including the Schaus’ swallowtail butterfly and Florida semaphore cactus, as well as the previously mentioned sea turtles and manatees.

It also contains the northern portion of the world’s third-largest coral reef system and the only living coral barrier reef in the continental United States, the Florida Reef. Thanks in part to this reef, Biscayne National Park is the final resting place for a string of shipwrecks along its Maritime Heritage Trail, a project brought to life with the support of The Alliance.

Winds, currents, storms and the park’s close proximity to one of the nation’s largest urban areas means that the entire park is in a constant state of flux — ever-changing in the face of new challenges posed by the constant cycle of building and destruction. And we are here to find solutions to those challenges.

For the 2020-2021 school year, Biscayne National Park is launching an array of distance learning options available to educators, both parents and teachers.

This program delivers hands-on science and nature-based education to ensure children’s hands and senses do not go idle during this time of virtual learning. Connecting students directly to park scientists increases engagement and authenticity of presentations, while promoting STEM careers in under-represented populations.

An extensive and thriving coral reef ecosystem was a key factor in the creation of Biscayne National Park.

Park coral populations are at a historic low. The remaining coral populations are depauperate and fragmented with greatly reduced diversity. For some species, so few colonies remain, that the chance of gametes encountering each other in the water column following spawning events is minimal. As a result, successful reproduction is unlikely, and the risk of functional extinction is high for several species.

From hosting ceremonies that welcome new citizens to boat-based shoreline cleanups, to the educational mastery of the Hartzog Award-winning, volunteer-led Family Fun Fest program, we value the input, the dedication, and the participation of our local community.

Biscayne has a history of providing excellent programming that continues to grow and connect more visitors to the national park. This project would enable park staff to continue to offer valuable year-round interpretive programming for the diverse South Florida community with the goal of reaching new audiences.

The types of community events to be hosted include:

This project is dedicated to the conservation and well-being of sea turtles in Biscayne National Park through a two-step approach of 1) beach clean-ups to restore sea turtle nesting habitat and 2) daily patrols of beaches during the sea turtle nesting season to locate, protect, and monitor nests.

Beach clean-ups are necessary because the accumulation of debris poses a significant challenge to the threatened and endangered sea turtles that come ashore to nest within the park. Experience has shown that accumulated debris can cause a nesting sea turtle to abort her nesting activity and can also entrap (and ultimately kill) sea turtle hatchlings on their journey from nest to sea.

In the process of volunteering, beach clean-up participants get a unique, up-close-and­ personal experience in one of their national parks, including personalized interactions with park rangers who educate the participants on park resources and issues.

From 2008 through the present, 2,693 volunteers representing 192 different school/workgroups/organizations collected ~207,000 pounds of debris from sea turtle nesting beaches and other sensitive coastlines.

The most popular activities in the park are boating and fishing, with the vast majority of park visitors being local South Florida boaters.

Seagrass beds and coral reefs provide critical areas for foraging, breeding, and refuge for recreationally and commercially important species as well as for several special status species. Many of these same areas are also popular places where boaters gather to anchor and enjoy fishing, snorkeling, and diving. Consistent visitation, high-use seasons, and special events such as lobster mini-season result in a shortage of mooring buoys for public use.

Improper anchoring in or near sensitive habitats can cause considerable damage to seagrass beds and coral reefs. Even anchors set in the sand have an anchor chain that may drag along the bottom, damaging these areas.

This project will increase the protection of natural and cultural resources from anchor drops and improper retrieval while enhancing visitor enjoyment and accessibility to these resources through the installation of mooring buoys in areas of frequent visitation along the reef tract.

Installation of these moorings will also increase consistency (and user-friendliness) with areas outside the park because there are existing mooring buoy systems to the north and to the south of the park in the Florida Keys National Marine Sanctuary. 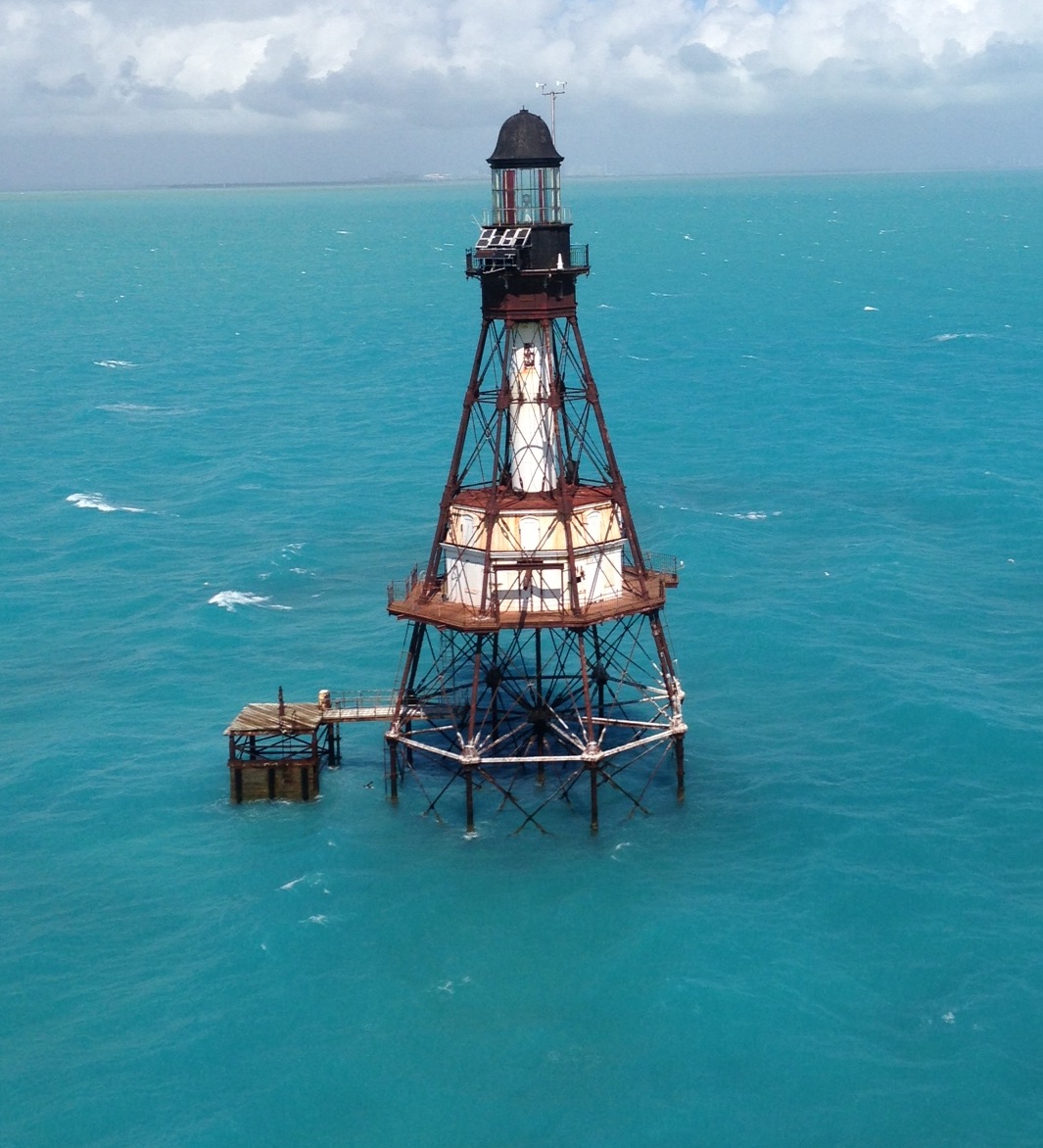 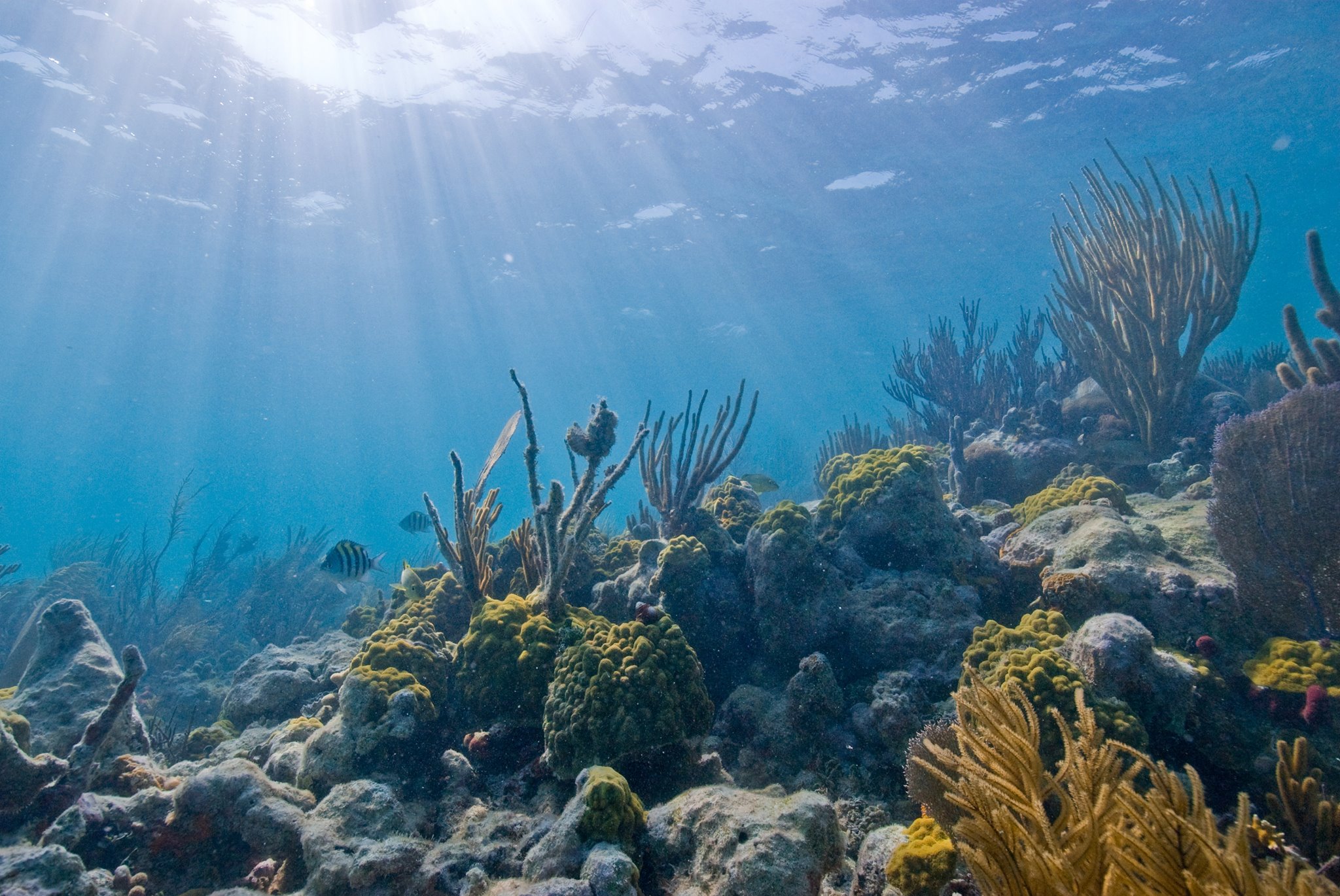 An Underwater Glimpse at Biscayne NP 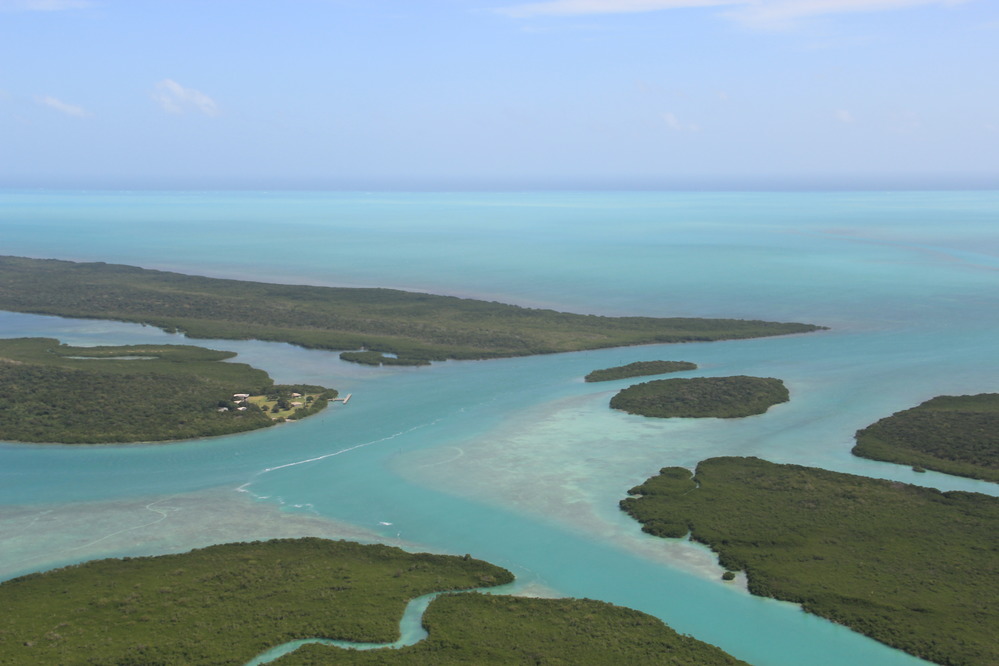 Caesar Creek from Above 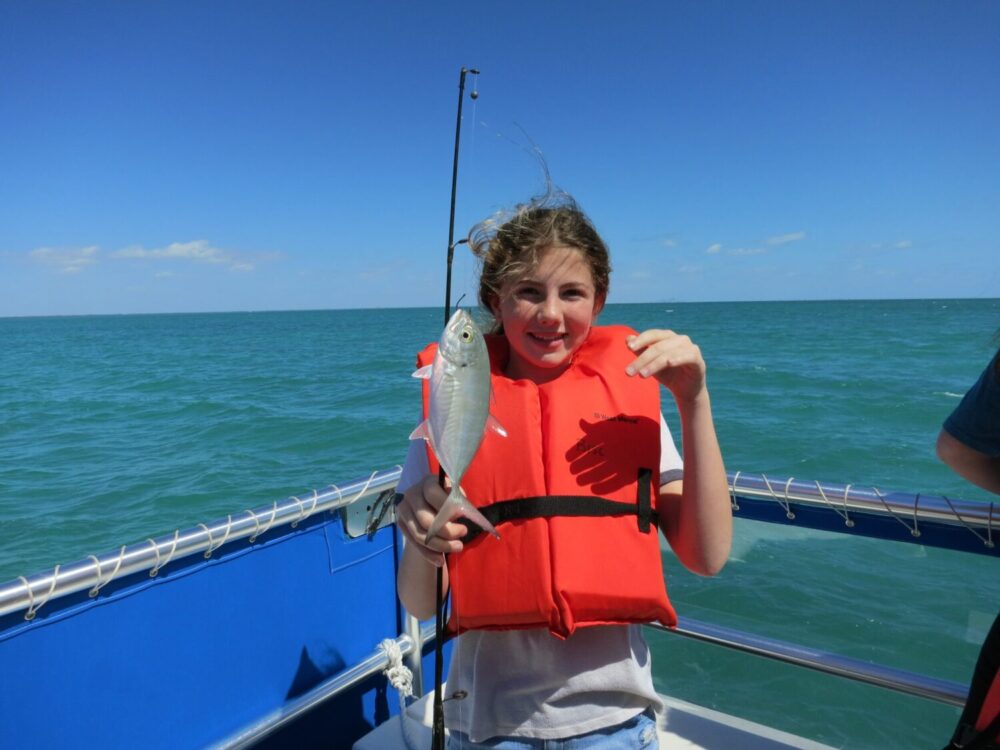 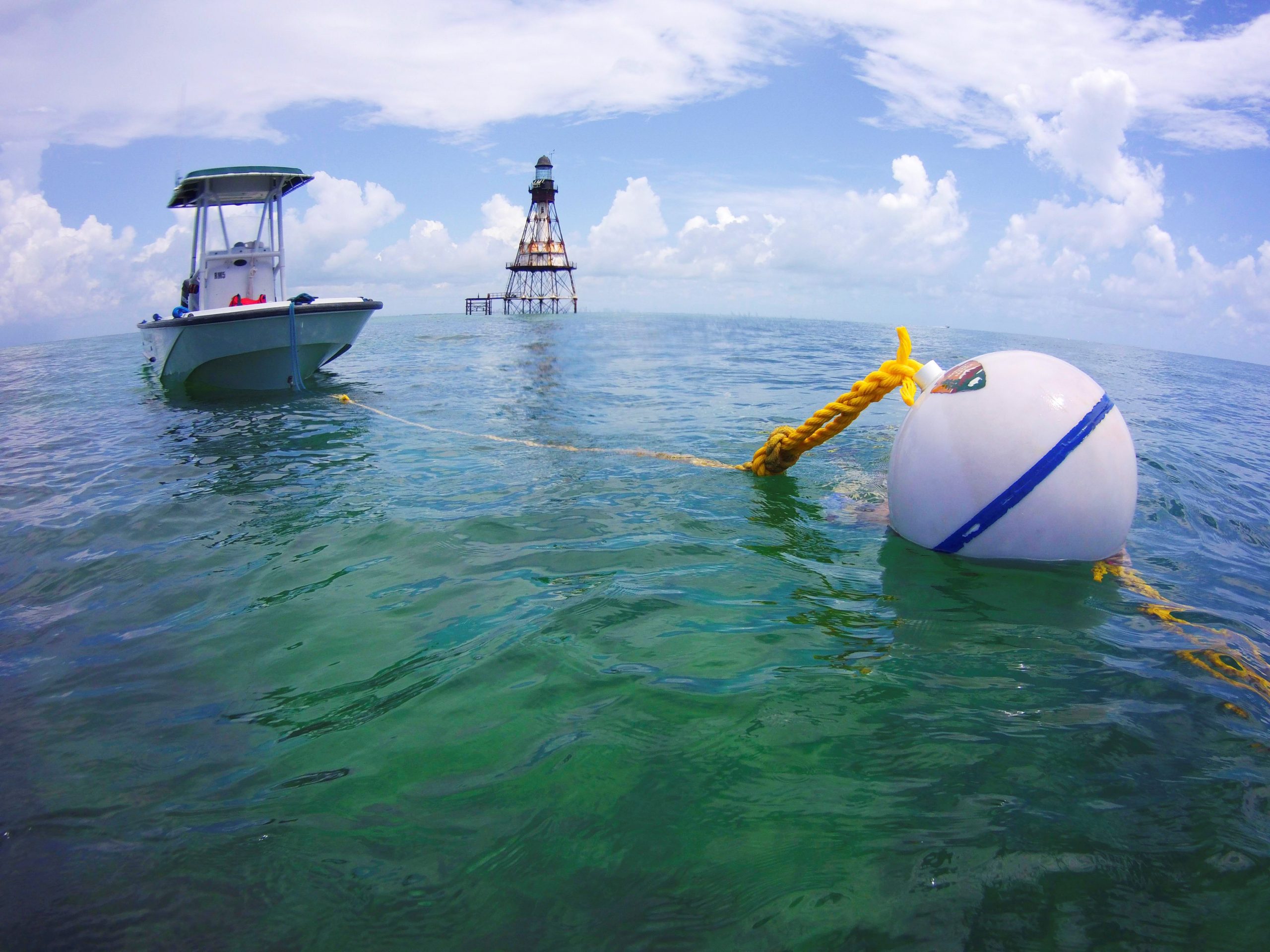 An Underwater Glimpse at Biscayne NP

Caesar Creek from Above