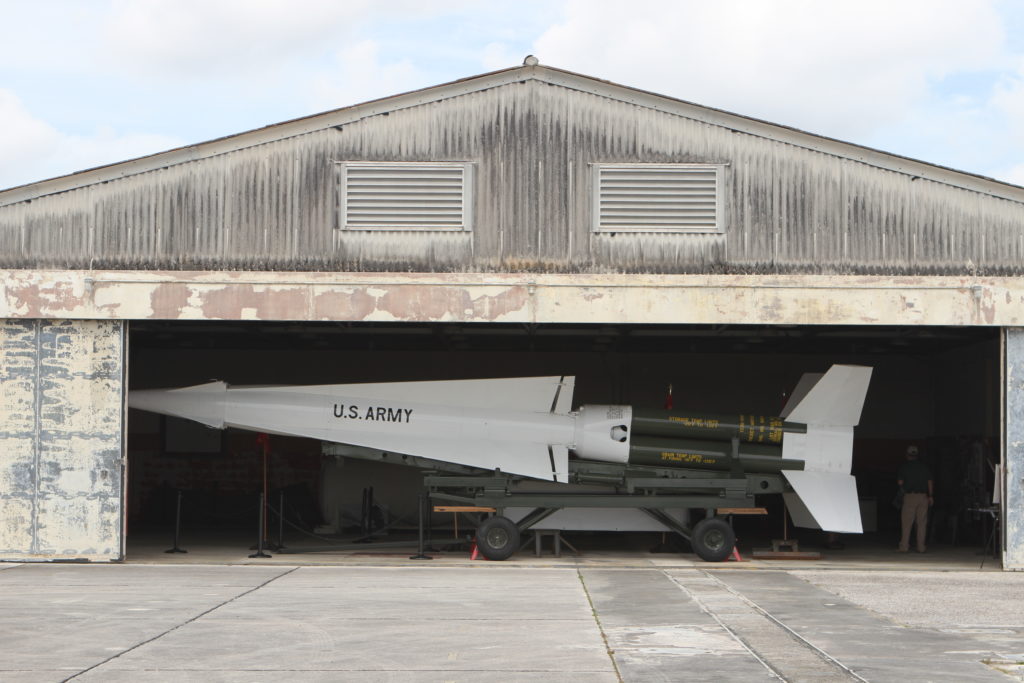 One of the most popular tours in Everglades National Park has nothing to do with alligators, wading birds or the River of Grass. It’s a tour of the Everglades Nike Missile Base, one of the best-preserved relics of the Cold War in South Florida.

Everglades National Park houses one of the best-preserved relics of the Cold War in Florida, a historic Nike Hercules missile site called “Alpha Battery” or “HM69”. The site remains virtually the same as it was when official use of the site ended in 1979. Construction of the site by the U.S. Army Corps of Engineers was completed in 1965, just after the Cuban Missile Crisis of October 1962. At the time, the nation’s air defenses were positioned to protect against a possible Soviet air attack over the North Pole and thus, this and other anti-aircraft missile sites were established to protect against a possible air attack from the south. The Nike Hercules missile site was listed on the U.S. Department of the Interior Register of Historic Places on July 27, 2004, as a Historic District.

The area includes 3 missile barns, a missile assembly building, a guard dog kennel, barracks, 2 Nike Hercules missiles, and various support elements. HM69 was also significant because of the technology employed. The South Florida Nike Hercules sites were integrated with Hawk missile sites to provide an all altitude defensive capability around South Florida. Approximately 140 soldiers staffed the 3 above-ground missile barns of HM69 to protect against an air attack from Cuba. The personnel of HM69, along with the members of other South Florida unites, received the Army Meritorious Unit Commendation which was one of the few times that it was awarded for deterrence rather than engagement with the enemy.

Everglades National Park is currently looking for volunteers to help with the operation of our Open House program, providing visitors with the opportunity to see the Cold War era Missile Site, including actual missiles and support facilities.

Volunteers work one or two days per week from 10:00 AM to 2:00 PM, welcoming visitors and answering their questions about the history and operation of the Missile Site and the capabilities of the missile. Experience is not necessary; however, military veterans/retirees are especially welcome. Volunteers will be provided with training, reference material, and uniform items (shirt, cap, and name tag).

In 2009 the SFNPT worked with Everglades to help get the Nike Missile Base visitor program off the ground by funding a seasonal Nike Missile Volunteer Intern to coordinate volunteers and provide guided tours of the site. The new visitor program was received with enthusiasm and support from the public and since then, has grown to become the most popular “Ranger Activities” in the park. In 2011 the SFNPT funded the acquisition of historic Nike Missile equipment, including the restored Nike Missile seen onsite in Everglades National Park.

The SFNPT is proud to support this program each year and provide this expanded visitor opportunity free of charge to the public. The Nike Missile Program is made possible through the generous support of our friends and donors. Join us in supporting the Nike Missile Base Program by donating to the SFNPT.

If you are interested in learning more about supporting the Nike Missile Base Programs please contact jessica@southfloridaparks.org