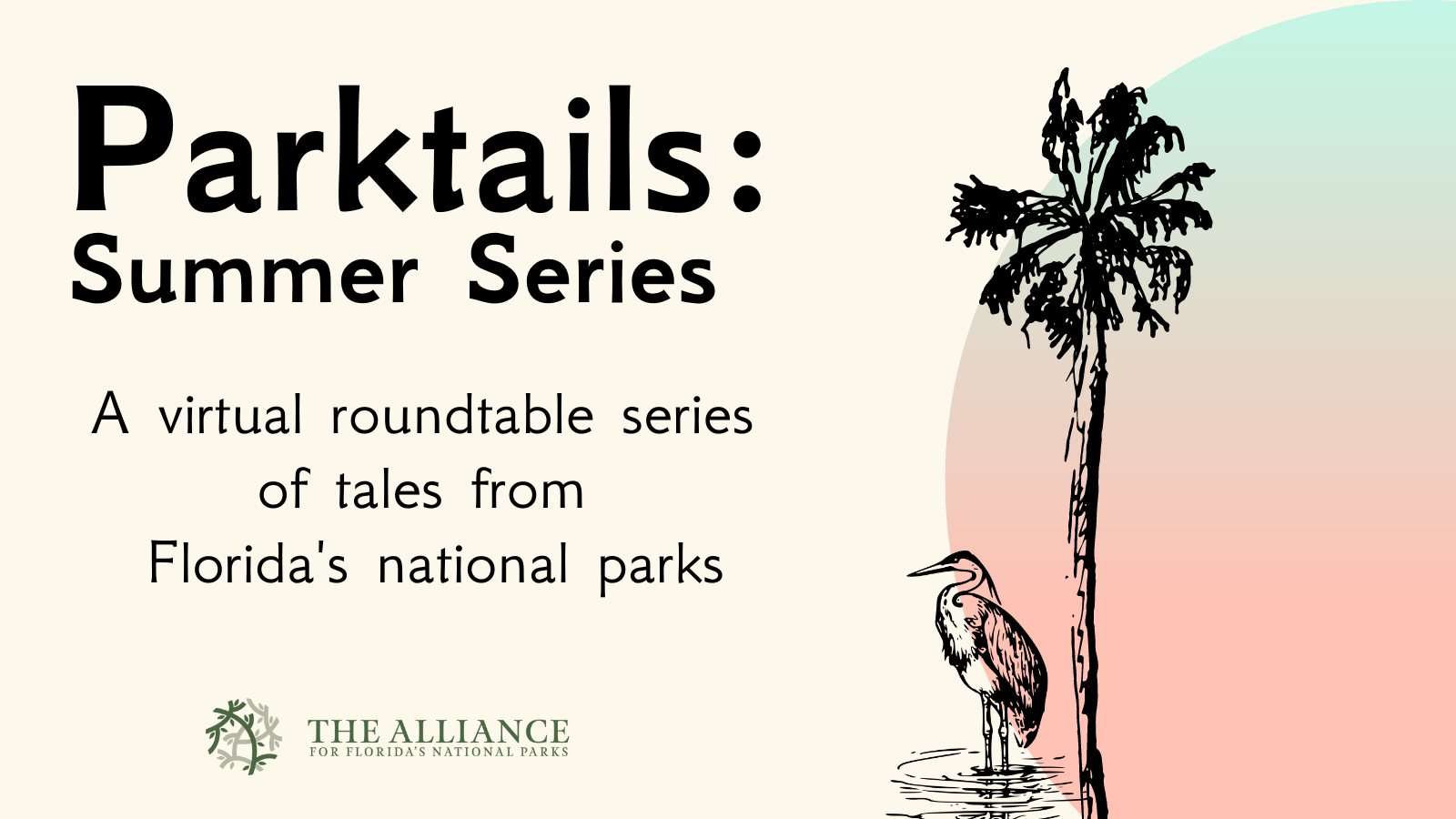 Join us each month for a free virtual round table series of tales directly from some of the most notable personalities involved in Florida’s national parks.

The Parktails: Summer Series expands on our popular virtual event that took place this past April. But this time, there’s no ticket needed!

This month’s topic is… Invasive Species!

Invasive wildlife and plant life have plagued Florida’s national parks for decades. The Alliance has helped address the challenges of the increasing threat from pythons, tegus, lionfish, and Brazilian pepper – among other species – within these lands.

We’ve helped Big Cypress capture 66 pythons since the beginning of its python program and, last year alone, we helped Everglades remove nearly 1,000 tegus from the park.

RSVP to attend at https://1cau.se/cEF. 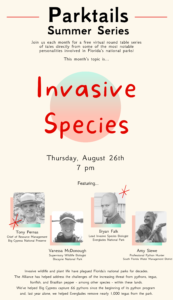