The Python Challenge Begins This Week 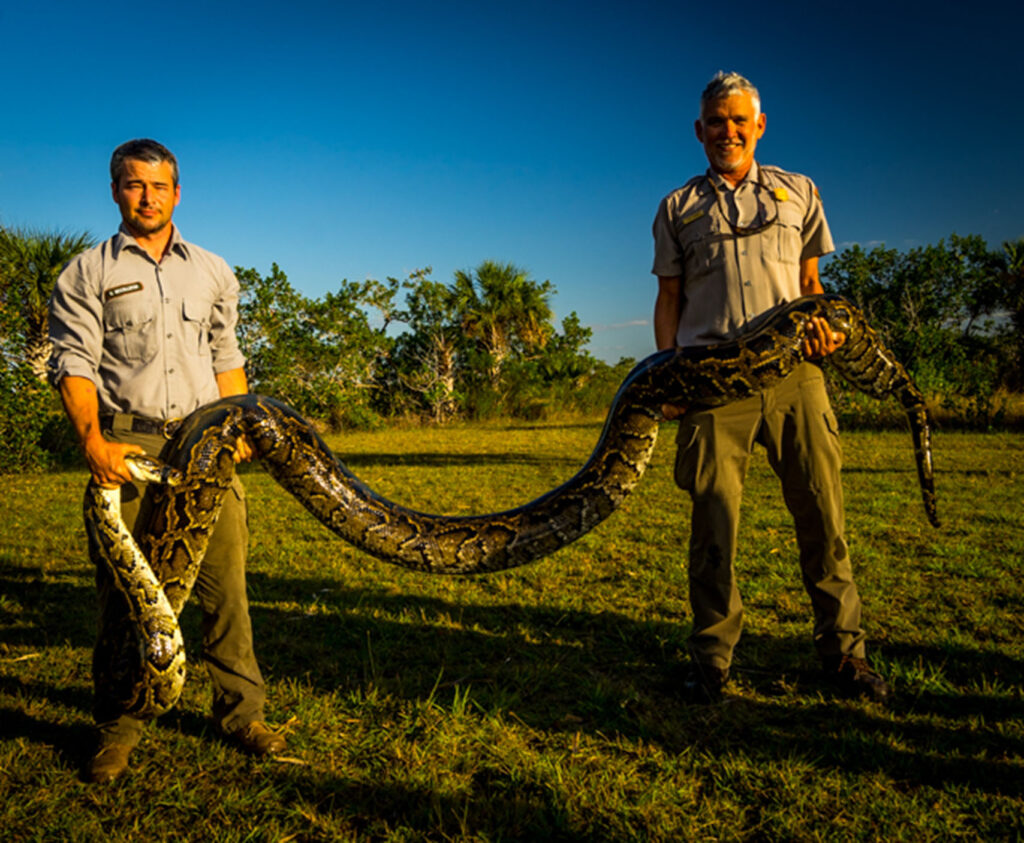 But What Happens with the Snakes During the Other 355 Days a Year?

There’s only one competition that the Burmese python cares about: being the next sovereign of the swamp. But The Alliance is here to help end its reign.

Governor DeSantis recently announced that the Florida Python Challenge would now be held annually – and the sporting event kicks off on July 9th.

But whether this contest takes place every year or every three years, a dedicated team of biologists is in the backcountry of Big Cypress National Preserve week in and week out to learn more about these invasive monsters. 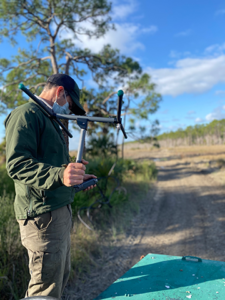 A few years ago, the Big Cypress team implanted a group of adult pythons with radio transmitter tags – scout snakes – to study their behavior in hopes of improving methods for removing them from the wild.

Field research requires a variety of equipment and support to maintain and monitor this team of scout snakes and this involves labor-intensive fieldwork that really ramps-up around the python breeding season from December through March.

These rangers may have to travel to the outer reaches of the 729,000 acres of the Preserve and must trek through every type of terrain to locate these snakes. 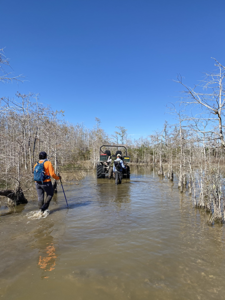 But why are pythons a problem? Pythons prey on a wide range of native wildlife and could cause declines in state-listed species like the Big Cypress fox squirrel and the Everglades mink, as well as popular game species like white-tailed deer.

The team at Big Cypress knows that these snakes are constantly adapting, so they’ve become just as agile as the reptiles they aim to learn the habits of.

This Spring, Big Cypress biologists beta-tested a trap design, which when deployed should act as an attractant for other snakes.

It’s imperative that we maintain a robust number of scout snakes in the field to collect the most comprehensive data possible and that we continue testing new methods of capture and removal.

The python program in numbers.

Now for the question on everyone’s mind! What are the results? We’ve seen great success with the python program at Big Cypress National Preserve over the past four years since the program began, including…

And the biggest python captured this season? That’ll be the 170-pound female that measured 15’9” in length pictured above!

The Alliance is committed to helping to keep Florida’s national parks wild, natural and native. Only your donations allow us to do just that.