2019 Saw a Record Amount of Debris Removed from Biscayne National Park. And We’re Eager to Beat That Number. 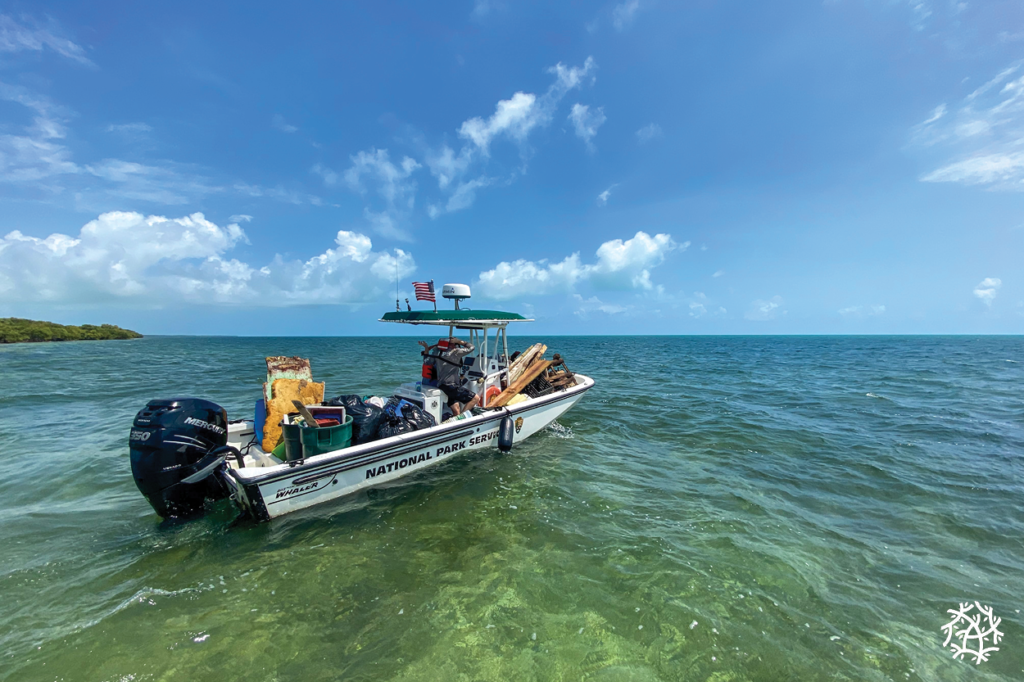 On most weekdays from December through April, you can see boats emblazoned with the National Park Service logo, filled with passengers gripping tightly, dashing across the waters of Biscayne Bay with one goal in mind: to clean-up the beaches of Biscayne National Park.

The outer islands of the park make for prime nesting grounds for sea turtles, but also make unfortunate catch-alls for all types of debris that was once upon a time floating aimlessly through the ocean.

In preparation for the incoming sea turtle nesting season each year, Biscayne National Park dedicates significant resources during these five months to making its shorelines as safe and clean as possible for sea turtle mamas and their future hatchlings.

The Alliance has provided funding for the different iterations of this program for nearly a decade because we know that removing this trash from shorelines and waterways is essential for the health of Florida’s plant life, wildlife, and our communities that are dependent upon these resources. 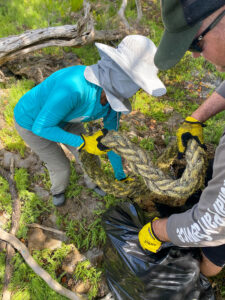 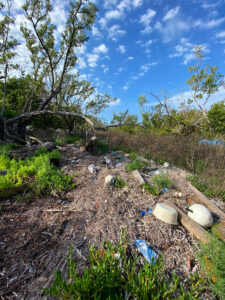 But just what have been the results of these clean-ups?

The program saw a rise in the amount trash that was collected 2019, but the pandemic that succeeded in the following years caused for a decline in volunteers able to participate and put a pause on that upward trend. Still, the recent years’ totals are significantly topping those prior to that record-setting year.

The fact this amount of debris is being removed is both a good thing and a bad thing. Good, in that the work is still being diligently done to remove as much trash as possible from the park. Bad, in that there’s still trash to collect at all. Ideally, less trash would be created and all trash would be disposed of properly – it would not be finding its way into our waterways and onto our beaches.

While most debris collected is single use plastics – or remnants of single use plastics – larger items definitely find their way to shore. And some items like mylar balloons and trap throats have become so prevalent in recent years that the team has begun tracking the numbers on them specifically.

Some key results from these collections include: 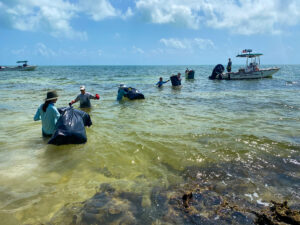 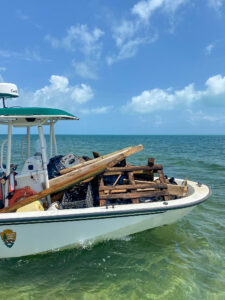 The number one way to beat that record would be to implement more ways to reduce, reuse, and recycle the items you consume throughout your everyday life – and to then pass those practices along to others – so that we can work towards having zero pounds of trash to collect.

In the meantime, you can participate in a beach clean-up yourself! This beach clean-up season officially ends on Friday, April 29, so there is still about one month left in this program before it goes on hiatus until next December – and Biscayne National Park is still looking for a few good folks to fill-in these last remaining dates.

The park is accepting groups of 4-12 people to participate each weekday. This is your opportunity to spend the day outdoors giving back to your community in a more crucial way than most people realize.

In addition to groups looking to simply do good within Miami-Dade, these beach clean-ups make for great employee engagement initiatives or an adventurous way to utilize any volunteer days offered by your employer.

Visit VolunteerMatch.org to get involved today!

Clean, healthy waterways are integral to the prosperity of South Florida. If you are unable to personally participate in a beach clean-up, please consider financially supporting the success of this program. Donte today!

Where Have All the Big Cypress Gone?
How We’re Making Florida’s National Parks More Accessible