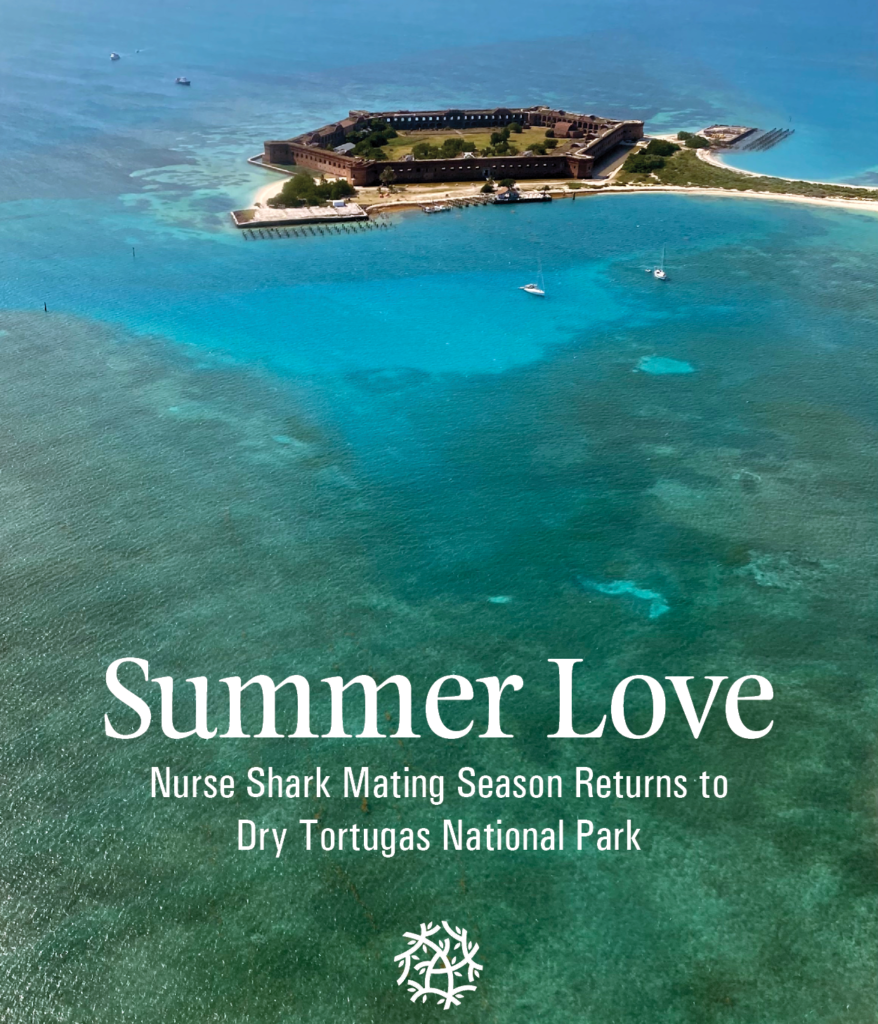 If you visit Dry Tortugas National Park anytime between mid-June and mid-July, you may spot something that seems a little out of place: a lone ladder sticking out of the shallows of the harbor surrounded by Garden, Bush, and Long Keys.

But this isn’t a piece of debris that’s washed up from the depths of the ocean; it’s actually a key accessory in the scientific research of nurse sharks – research that has been taking place for nearly 30 years under the leadership of Wes Pratt and Dr. Nick Whitney.

And that area is more than just shallows, it’s Dry Tortuga’s Shark Special Protection Zone, a refuge that nurse sharks return to year after year to find their newest mate and continue the circle of life.

So every summer Mr. Pratt and Dr. Whitney also return to Dry Tortugas to kayak out to the ladder, perch atop it, and scope out the scene of sharks below.

That ladder being erected each June marks the beginning of nurse shark summer love in Dry Tortugas. 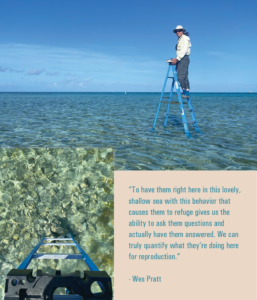 Nurse sharks are one of the most abundant shark species in South Florida, making them important predators in our coral reef ecosystem, and it’s imperative to understand their movements to make sure conservation measures are effective.

While other sharks conduct their elusive mating rituals in deep, inhospitable areas of the ocean, the shallowness and crystal clear visibility of the waters of Dry Tortugas allow for acute observations and easy interactions in the mating customs of nurse sharks with just a kayak, a ladder, binoculars and, of course, the bit more sophisticated tagging and tracking equipment.

Nurse sharks receive both a conventional tag for easy visual identification and an acoustic-coded electronic tag that can be detected year-round by fixed hydrophone listening stations throughout Dry Tortugas and well beyond.

With these tags, the team learns more about the sharks’ procreation customs, which includes courtship, competition, and cooperation. 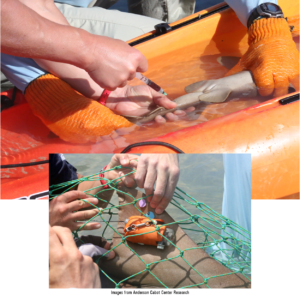 What has been learned about ﻿nurse sharks so far?

They’re not homebodies. Once thought to spend most of their time in one, relatively small place, tagging and tracking of these sharks has found that they actually get around, traveling more than 200 miles to waters around Tampa and St. Petersburg during non-mating months.

They nest. Nurse sharks do the deed around the Shark Special Protection Zone and while the males venture off to other areas after mating season is over, the females will stick close to the area, returning to this refuge to actually give birth in the late autumn/ early winter, before heading out to explore different territories the following Spring.

They take gap years. Just like humans after a major life event, female nurse sharks will take a gap year – or two – only returning to the refuge for mating every two or three years, giving themselves time to recuperate before reproducing again. Males have been found to return every year. 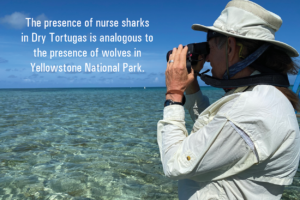 This study is the world’s only continuous investigation of a free-living shark population, but there is still so much more to learn.

The Alliance has provided funding to this pivotal program for years, which covers everything from housing for the researchers to equipment like kayaks, binoculars, dataloggers, and acoustic tags, as well as their underwater receivers. And, yes, it even covers the cost of Mr. Pratt’s famous shark-spying ladder!

But the study of nurse sharks can only continue with your support. Help keep our reefs and waterways healthy, balanced, and bountiful by continuing this essential research and learning more about these wondrous underwater beings.

The Python Challenge Begins This Week
A Record-Breaking Swamp Celebration